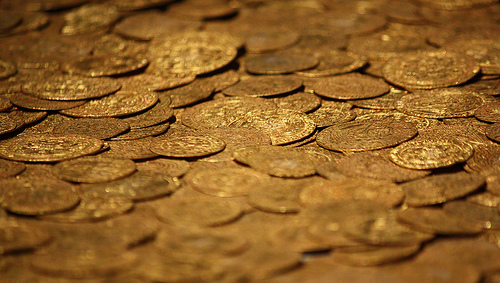 I’ve been meeting a lot of bloggers at various events lately, and one thing I’ve noticed is that their seems to be more and more ‘affiliate marketing bloggers’ around. You know the kind of person – they usually blog about products in a specific niche and their posts come packed with (often disguised) affiliate links. The blogger makes money when you, the reader, clicks through and buys the product they’re writing about.

The problem with this should be obvious. It’s in the blogger’s interest to talk up the product and make a sale, even if they’re not that into it. Even the most honest writer is going to find it difficult to resist saying something nice about a product when there’s money to be made. No sale, no payment.

And make no mistake, there’s big money to be made in affiliate blogging. There are many people making thousands of dollars a month from very little work. Sounds great, huh?

Well no. In the vast majority of cases, affiliate links on blogs aren’t marked as such. After all, why would you tell your readers that the whole point of your blog post was to try to sell them something? So most of the time, readers don’t even realise they’re just reading one giant ad. It’s a questionable practice at best. In some cases, it may even be illegal with new FTC rules in the US requiring all ads to be clearly marked as such.

Merchants, of course, love affiliate marketing. It’s an absolutely risk free way to sell more product. You let someone else do the selling for you, and you only have to pay them if they make a sale. But for us, the publishers, it can be an altogether more frustrating experience. Inexperienced bloggers often find themselves making no money at all, unless they’re prepared to really get their hands dirty. Experienced marketers can make big money, but it’s a shady, underground practice. There are plenty of ‘secret’ ‘underground’ exclusive clubs where you can find the best way to promote products, but the more you get into it, the shadier and more blackhat it becomes.

One particularly annoying offender is Darren Rowse of Problogger fame. Darren gives advice on how to make money blogging. He will regularly mix useful, interesting content with posts that ‘review’ a particular product. Embedded in these posts are links to buy the product. Affiliate links, of course. Rather than being actual reviews, the posts are simply unmarked ads, and the average reader has no idea. Here’s one example of that, and here’s another. My issue with this is that Darren does not disclose these affiliate links, and the one thing he never talks about on his own blog is that he makes a significant percentage of his revenue from tricking his readers like this.

And people wonder why bloggers are rarely taken seriously as journalists.

Most bloggers never take things that far though. Even I use affiliate links on Chocablog to some extent. But I don’t like doing it. Even when a staff writer has written a post and has no idea what ads will appear around it, there’s still that nagging feeling that it looks as though we’re trying to sell them something. We’re not – we just want to provide a link to the source, and if we happen to be able to make some money from that, then all the better.

But can you imagine a mainstream media source using affiliate advertising to generate revenue? A newspaper? Magazine? Maybe a film review TV show, perhaps, that only made money from people who actually went to see the film after seeing it? They would quickly learn never either to lie or simply never review anything bad. Even if the reviews are accurate and honest, the audience loses out, because they’re not getting the complete picture. But in the long run, the producers lose too. Advertisers have a greater influence on the range of content that can be produced profitably, and often the best, less-profitable content, gets left behind.

The same is true with blogs. Most of us want to make a bit of money from blogging, but if you’re using affiliate ads on your site and not telling your readers, you’re misleading them. You might not care. It’s your blog, not theirs. But if you do happen to care about your audience, you’ll think twice before doing it.

8 thoughts on “Affiliate marketing must die”