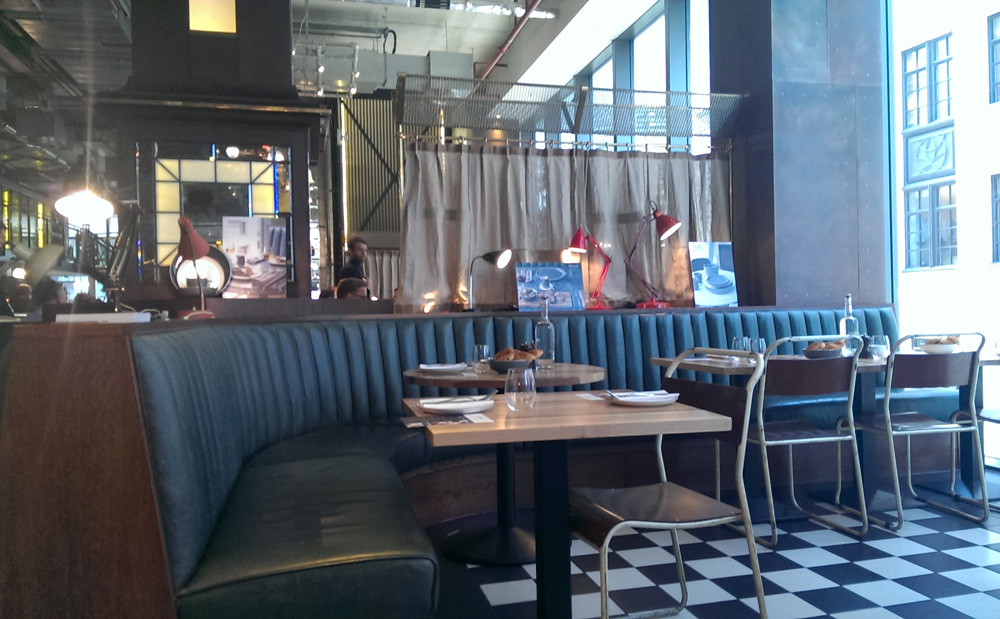 As a chocolate blogger, I get invited to all kinds of food-related events. Unfortunately, most of them have little or nothing to do with chocolate and I have to decline them.

But occasionally an invitation comes along that I just can’t say no to. So when I was invited along to have “Breakfast With Gordon Ramsay” to promote his new “Bread Street” range of Royal Doulton tableware, I couldn’t refuse.

As it turned out, there was no chocolate involved at all, so I couldn’t justify writing about it on Chocablog, but I thought I’d write about it here instead.

The event took place at Gordon Ramsay’s “Bread Street Kitchen” in the city of London, somewhere I’d heard about but never been. I arrived bright and early on a beautiful summer moring and was directed upstairs to the restaurant. I drank coffee and ate croissants from the new range, which has been designed to be used in the restaurant as well as to go on sale to the public. 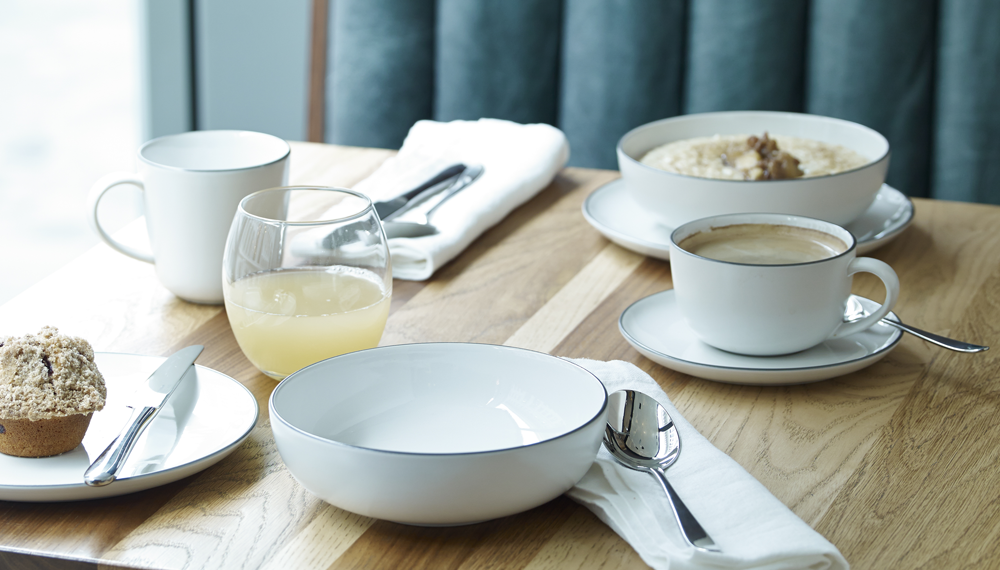 As it turns out it was a small event, with about 10 journalists from mainstream media… and me. I felt more than a little out of place, but still excited to be there. And my fellow journalists seemed genuinely interested in the world of the chocolate blogger (and equally confused by my presence). But I certainly wasn’t complaining. I never complain about free food. 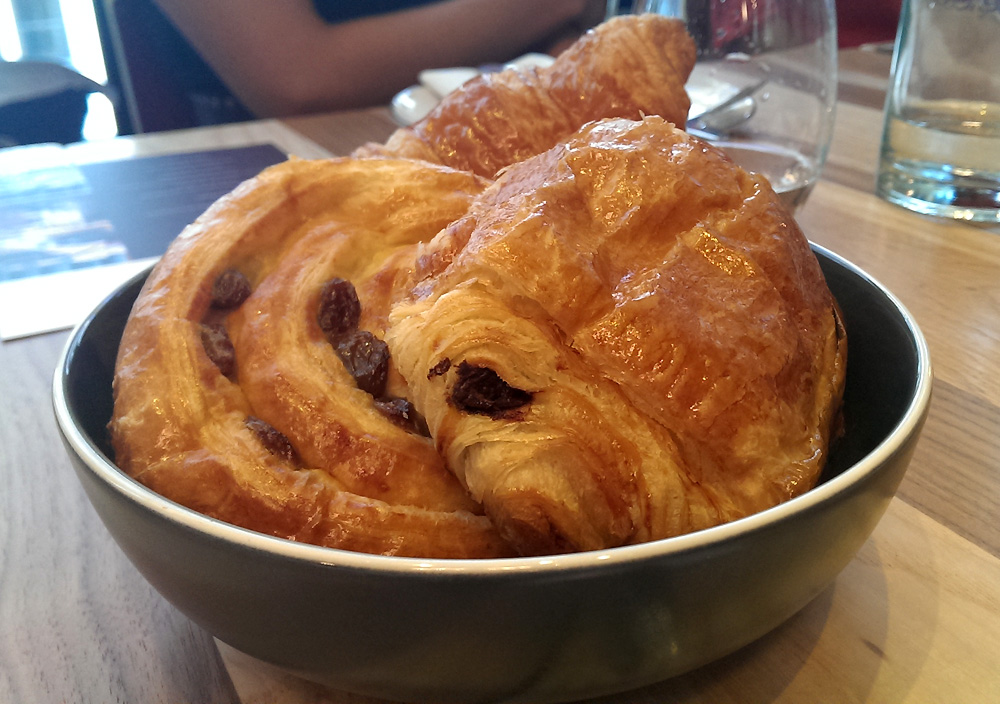 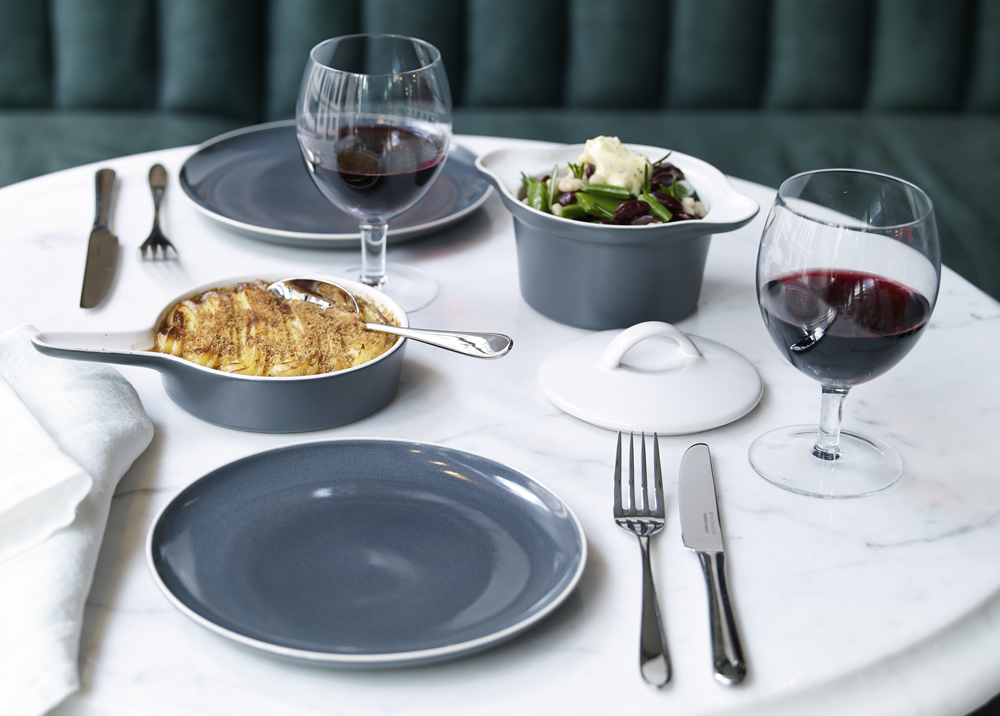 I ordered the Ricotta Hot Cakes with Banana & Honeycomb Butter which was completely delicious – so delicious that I was too engrossed in eating it to get any photos. As we ate, Gordon Ramsay arrived and talked about the restaurant and the range. I have to say he was incredibly nice and took the time to talk to everyone. I can confirm that he does swear in real life just as much as he does on TV though.

I didn’t stay long, but I did leave with a goodie bag containing a signed book and a single mug from the collection. I have to admit it’s quite tempting to go out and buy the rest of the set.